The Picasso: Faces and Figures. Works from the Beyeler Foundation and the San Fernando Royal Academy of Fine Arts exhibition was conceived and organised by the Academy and the Beyeler Foundation, with the support of the Madrid Town Council. Curated by Estrella de Diego and Raphaël Bouvier, it is a collection of fifty-eight of Picasso’s paintings, sculptures, drawings and prints from both collections.

Fruit of the collaboration between the San Fernando Royal Academy of Fine Arts and the Beyeler Foundation, the Picasso: Faces and Figures exhibition is structured around expressive and varied representations of bodies, faces and appearances in a selected set of Picasso's works. It offers an exemplary perspective of his wide production, from proto-cubism to his late creations. Close to the 50th anniversary of his death, the figure of Pablo Picasso continues to maintain the same level of interest, strength and creative surprise that he demonstrated from very early on in his career.

A total of fifty-eight of Picasso's works have been gathered in the San Fernando Royal Academy of Fine Arts's rooms: seven paintings and two sculptures from the Beyeler Foundation, and forty-five prints, three drawings and one sculpture from the Academy's collection. The opportunity for the Academy to present the Beyeler Foundation's Picasso masterpieces arose after an important exhibition on Francisco de Goya in Autumn 2021. The exhibition was located at the Foundation's headquarters in Basel and was supported by essential loans from the Academy.

The Beyeler Foundation, founded by Ernst and Hildy Beyeler and opened in 1997, is considered one of the most beautiful and important private museums in the world. The building that houses the museum, designed by Renzo Piano in an idyllic park setting, showcases many important works by the main modern and contemporary artists. In regard to Picasso, Ernst and Hildy Beyeler appreciated an artist who set new standards and have been continuously committed to his work in different ways. The Beyeler Gallery dedicated eleven monographic exhibitions to Picasso and, over the decades, has been responsible for the transaction of more than twelve thousand pieces of the artist's work. Over the course of their collaboration, Ernst and Hildy Beyeler also established a friendship with Picasso. Subsequently, the Beyeler Foundation organised two extensive monographic exhibitions dedicated to the artist, one on surrealism and the other on his Blue and Rose Periods. Seven of Picasso's exceptional works in the exhibition at the San Fernando Royal Academy of Fine Arts come from the Beyeler Collection, which has one of the highest-quality private collections in the world with more than thirty pieces by the artist. There are also two of the artist's paintings from the Anthax Collection Marx, which are on permanent loan at the Beyeler Foundation. 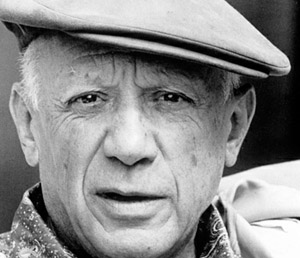 Picasso's career is rich and diverse; from cubism to classicism, from sculpture to painting and etching. Be that as it may, his career was always governed by the artist: the impulsive hand portrayed in the film, The Mystery of Picasso. It could even be said that his passion for drawing, which he learnt in his early years in Malaga and while he attended the San Fernando Academy's School of Painting, Sculpture and Etching, reappears in each of his creative stages. It's difficult to stop imagining the ultimate influence that this apprenticeship period had on the education of the Malaga-native artist, who formally applied to San Fernando Art School on the 14th of October 1897. He was elected an Honorary Scholar shortly before the end of his life, on the 25th of October 1971.

Taking Picasso's relationship with the San Fernando Royal Academy of Fine Arts, which has never been fully unravelled, as a starting point, the visiting works from the Beyeler Foundation provide a unique opportunity to showcase the artist's pieces in the collection of the Academy Museum and the collection of the Calcografía Nacional. The figures and faces, the body and the portrait, which are the leitmotif in Picasso's work, constantly obsessed with the painter and the model, find one of the most eloquent pieces of evidence in two emblematic series of prints: La obra maestra desconocida (The Unknown Masterpiece) and La Suite Vollard (The Vollard Suite), both of which belong to the Academy's collection, along with other pieces that are significant in terms of their graphic creation, such as La comida frugal (The Frugal Meal). Alongside these magnificent creations, which can be admired in their entirety for the first time in many years, masterpieces from Basel are showcased, providing guests with a unique opportunity to visit a singular retrospective in a context where Picasso spent some essential moments of his training. 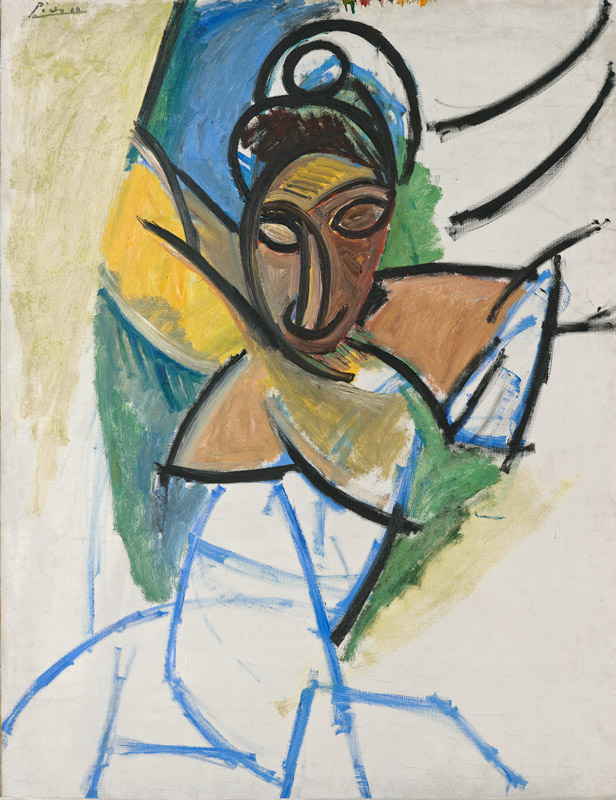 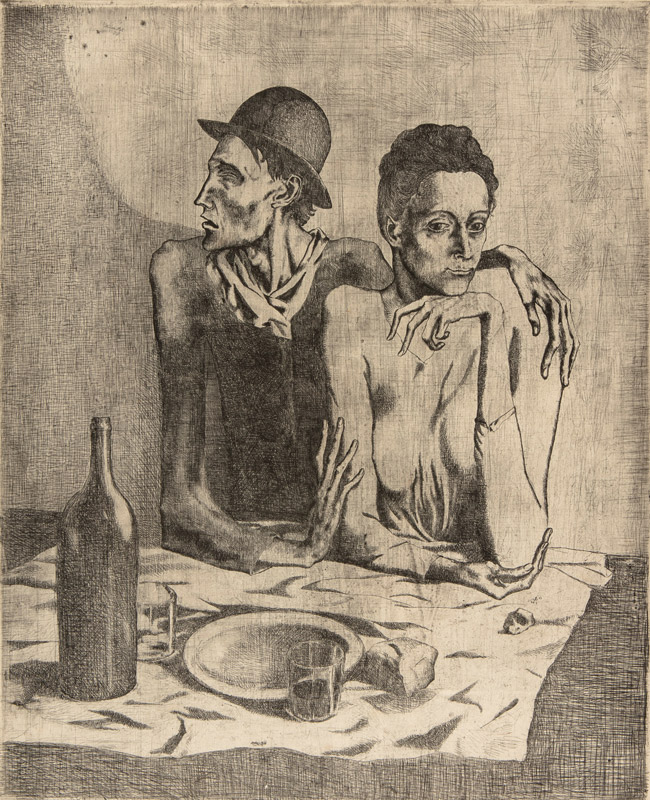 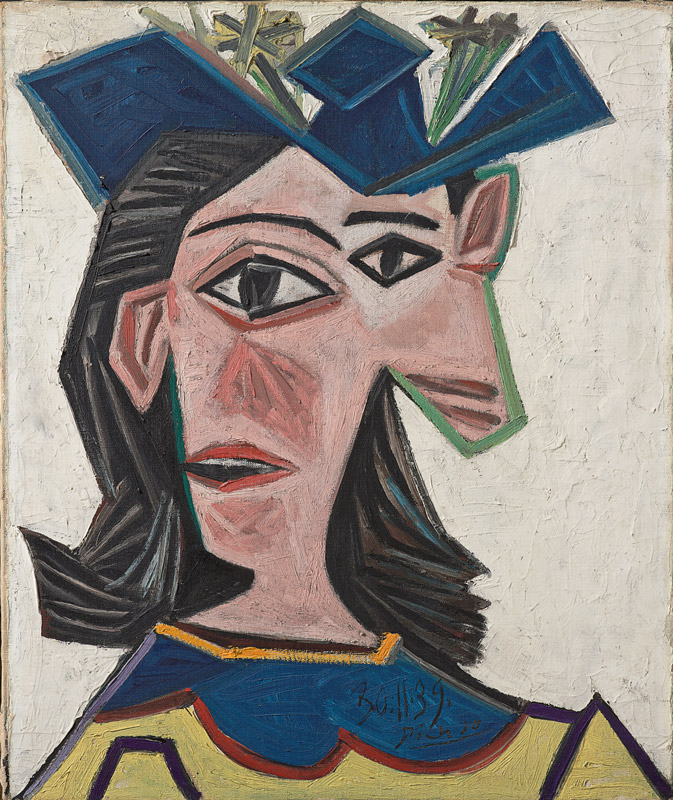 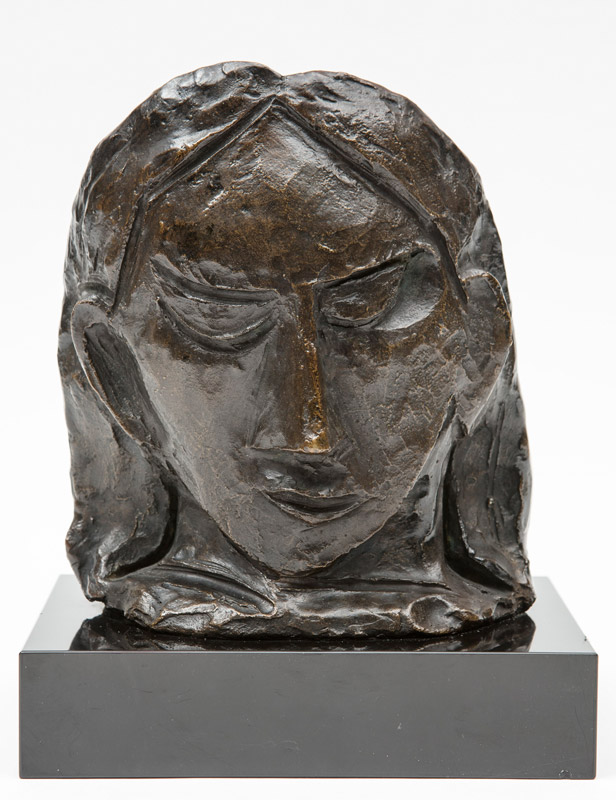 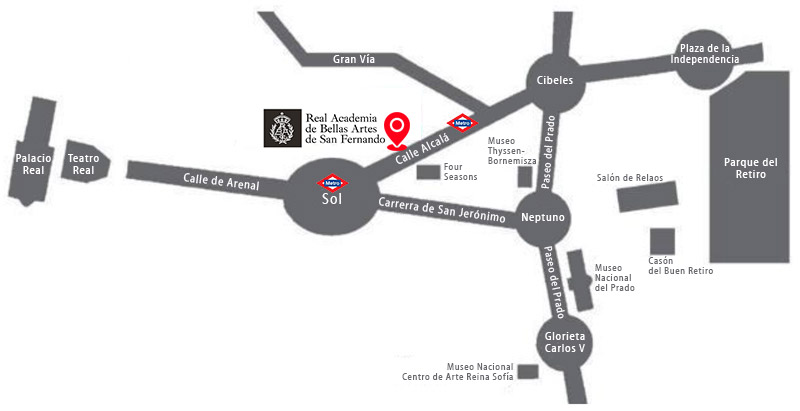 Tuesday to Saturday: 11am to 8pm
Sundays and public holidays: 10am to 3pm
Closed: Monday 1st May 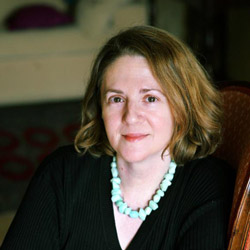 Estrella de Diego (1958) has focused her research on gender theory, post-colonial cultural studies and the construction of identities in modern times, with most of her publications and exhibitions addressing these issues, focusing on contemporary Latin American art. She obtained her PhD in Art History from the Complutense University of Madrid, where she is currently the Chair of Contemporary Art. She furthered her studies at the University of Helsinki and was a Fullbright Fellow at the New York University, where she later held the position of the King Juan Carlos I of Spain Chair of Spanish Culture and Civilization. She has served on the editorial board for the Revista de Occidente, La Balsa de la Medusa, Arenal, Trasdós, and Perspective journals. She has also been part of the advisory board of prestigious organisations and museums, such as the MUSAC in León (Castille and León Museum of Contemporary Art), the Fundación Carolina (Carolina Foundation) and the Spanish Royal Academy in Rome.  She has curated important exhibitions, as well as the Spanish pavilions at the 22nd Sao Paulo Bienal and the 49th Venice Biennale. She’s the author of numerous articles in specialist Spanish and foreign journals. She has written reference books, including: La mujer y la pintura en la España del siglo XIX (1987), El andrógino sexuado: eternos ideales, nuevas estrategias de género (1992), Tristísimo Warhol (1999), Travesías por la incertidumbre (2005), No soy yo (2011), Rincones de postales (2014), and a fiction book El filósofo y otros relatos sin personajes (2000). She is a Permanent Academician at the San Fernando Royal Academy of Fine Arts. She has received the Gold Medal of Merit in the Fine Arts in 2011 for her work as a writer and researcher, among other prizes and awards. 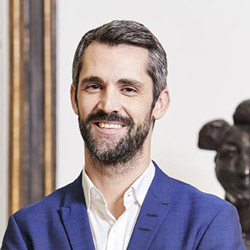 Dr. Raphaël Bouvier (1977) studied Art History and Roman Philology at the Universities of Basel and Bochum, where he obtained his PhD about Jeff Koons after a research stay in Paris. He worked at the Borghese Gallery in Rome and in 2006 he was the co-curator of the exhibition Der Souvenir. Erinnerung in Dingen for the Museum Angewandte Kunst (Museum Applied Art) in Frankfurt. Raphaël Bouvier acted as an associate researcher and assistant at the Beyeler Foundation (Riehen/Basel) from 2004 to 2011. He has been a curator at the Beyeler Foundation since 2012 and curated the exhibitions Max Ernst:Retrospective, Odilon Redon, Paul Gaugin, Jean Dubuffet:Metamorphoses of Landscape, Balthus, The Young Picasso:Blue and Rose Periods and Rodin/Arp.